How You Can Use Chance Picture Cards

In this activity your students will make some predictions about chance events. They will make some assumptions and then use reasoning to work out how likely it is that different…

In this activity your students will make some predictions about chance events. They will make some assumptions and then use reasoning to work out how likely it is that different colored balls would be pulled out from a bag.

For this activity you will need pictures of bags containing different colored balls and in different proportions. For example:

I have made up some of these pictures for you, just click on the picture below to download your copy. 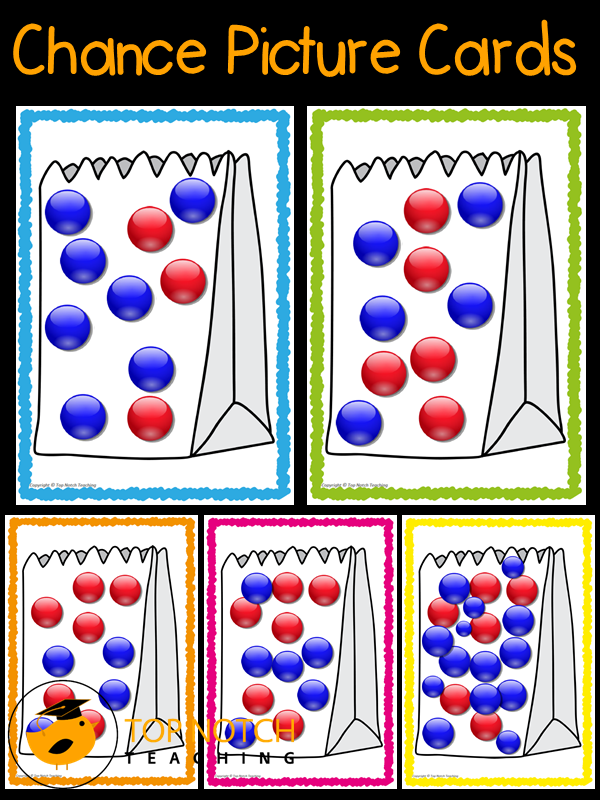 Ask your students to imagine drawing a ball from a bag without looking. The following questions can be used to get your students thinking about chance and probability.

Ask your students to choose a bag from which they are equally likely to select a red or a blue ball. Ask them:

Highlight that 5 chances in 10 and 6 chances in 12 are both one half. Red and blue are equally likely, so each has half a chance of being selected.

Ask students what chance is there of getting red from the first bag (3 chances in 10). Ask: is this less than half?

Graphic Credits: Graphics From the Pond and Teacher Laura

END_OF_DOCUMENT_TOKEN_TO_BE_REPLACED 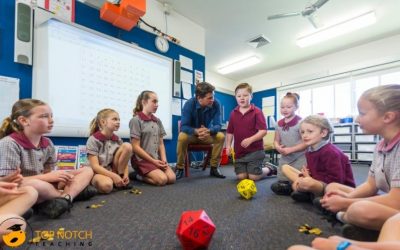