Early Language Development In Children Is So Creative And Sometimes, Totally Unexpected

Everyday my Little Miss Nearly Two delights and surprises me with her language development. It is so creative and sometimes, totally unexpected! She is the biggest chatterbox and doesn’t stop…

Everyday my Little Miss Nearly Two delights and surprises me with her language development. It is so creative and sometimes, totally unexpected!

She is the biggest chatterbox and doesn’t stop talking from when she first wakes in the morning to when she goes to bed at night time.

She had a sleep over at Grandma’s house on the weekend and Grandma relayed to me part of a conversation that they had together. To set the scene a bit, this is at about 6:10am in the morning and Little Miss Nearly Two had just woken up and as this is a bit early for poor Grandma, she has taken Miss Nearly Two in the bed with her.

Nearly Two: Grandma this is nice snuggling under the blanket together.

Nearly Two: I’m on my side and you’re on your side.

This continued for about 10minutes. I think by this stage Grandma decided it was time to get up!

I have never really given much thought to early language development in children. As a primary teacher, the students that I would see mostly come to school with well-developed language skills.

I am so amazed at what a sponge my little girl is, and her language development has completely exploded in the last couple of months.

I first started noticing words amongst the babbling with Miss Two at about 14 months. Her first words included;

It seemed like she was stuck with these first words for quite some time, before bam she figured out that there were names for things and then she was saying words all the time.

It didn’t take long for very basic sentences to begin to take shape. These were 2/3 word sentences, like “up please” and “I don’t want”. From here we started to hear some more complex sentences, that had up to 5/6 words joined together.

It seems now that I can hold normal conversations with my Little Miss Nearly Two. I quite like this as I can reason with her and implement consequences for inappropriate behaviours.

The other day Miss Nearly Two was sitting on her new seat on the toilet and said to her Grandma, “Grandma, I’m concentrating like Mummy does when she’s driving.” Whenever Little Miss Nearly Two talks too much or gets too loud in the car I say, “Mummy is driving and I need to concentrate so you need to be quiet.” It’s funny to hear her repeat the things that I say…

The one thing that I have always done with my Miss is to sing. I have done this from when she was a wee little bub, not only as a way to soothe her, but also to help keep me calm.

Whenever we go anywhere together in the car we are always singing. Her favourite songs at the moment are ‘Baa Baa Black Sheep’ and ‘Three Little Monkeys Jumping on the Bed’.

We also like to talk together in the car. I’m always explaining what things are and pointing different things out. For a long time Miss Nearly Two was fascinated with traffic lights and would always say, “Go, go, go”. So we would talk about the colours of the traffic lights and when we can go. Now if I’m a bit slow off the mark she quickly tells me the light is green and to go :D.

Last week we were driving home from work and day care and as usual I asked Little Miss Nearly Two what she had done at day care. She said painting and singing. I asked her what songs she had been singing. She replied, “Open, Shut Them”. I asked if she had sung anything else and then she answered, the “ABC Song”. We haven’t really done much of this one in recent times so I was quite surprised. I was even more amazed when she started singing it and had it almost correct.

Me being the proud Mum that I am had to take video of this as I’m sure Grandma wouldn’t want to miss this. As soon as we got home, I got out the camera and tried to get the singing on video. So, without further ado (and after a few takes), I present to you my Little Miss Nearly Two singing the ABC song.

Did you notice how she’s tapping her fingers as she’s singing? I gather they showed her this at day care as a way to keep in time with the song…

I’d love to hear about your experiences with early language development. When have you been surprised with either your child’s or your student’s language? Please leave your thoughts and questions in the comments below. 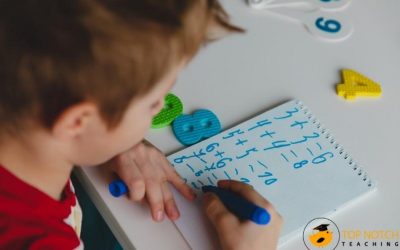 Let’s take a look at 5 quick math games including calculator games to liven up math lessons and give students more practice to build and review skills.

END_OF_DOCUMENT_TOKEN_TO_BE_REPLACED 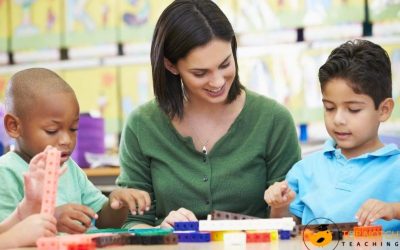 Skip counting worksheets allow students to practice counting in both directions, from different starting numbers and forward & back! Here are easy ideas!