Practicing segmenting phonemes, identifying sounds, and pairing them with graphemes helps students grasp how sounds and letters work together. 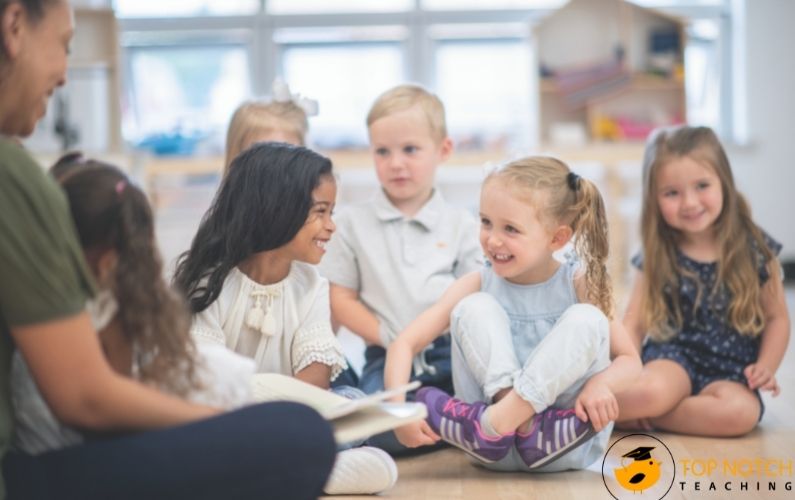 Phoneme segmentation is the process of pulling apart sounds. Practicing segmenting phonemes, identifying sounds, and pairing them with graphemes helps students grasp how sounds and letters work together. This is crucial for reading and spelling.

Segmenting and blending (pushing sounds together to form words) often go together. Students need to be able to do both.

If you’ve already taught blending, students are familiar with hearing phoneme segmentation, even if they aren’t used to segmenting words themselves. Try segmenting a word and then having them segment a word with similar sounds. For example, show a map and a cap. Say map, m-a-p. Ask somebody else to try with cap. Ask, What sounds do you hear? They should say c-a-p.

Counting sounds in words does two things. It gives students practice in segmenting, because they have to pull apart sounds to count them. It also helps students see the difference between phonemes and graphemes, or between sounds and the letters used to represent them. Pick a word, such as sun. Have students say the sounds they hear in the word sun and count them. Students can use their fingers to keep track of how many sounds they counted or mark them down on paper if they need to. Students should say 3 sounds – /s/ /u/ /n/. The same works for longer words such as little. In this case, students should hear 4 sounds that break down like this l-i-t-l. You may need to remind students they are counting sounds, not letters. If students are working with written words, they can underline the letters that represent each sound (in the case of little, they would mark it like this: l – i – tt – le. 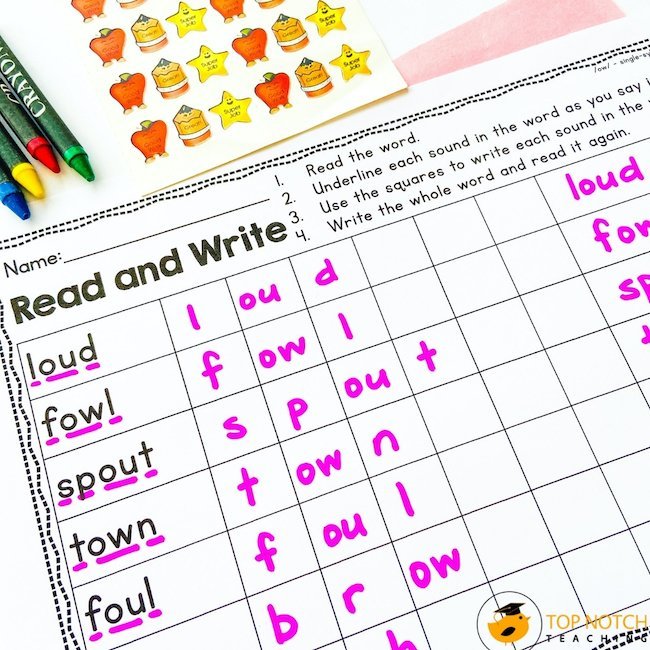 TMZ is a great activity to practice phoneme segmenting. Like count the sounds, it helps students practice phoneme segmenting and see that some phonemes are represented by more than one letter. Students segment each sound in a word and then write the spellings used to represent those sounds. Give students a word and then have them follow these steps:

You can cut completed TMZ boards apart and have students use them as word puzzles. They say each sound as they place it and then blend the sounds together to form a word. 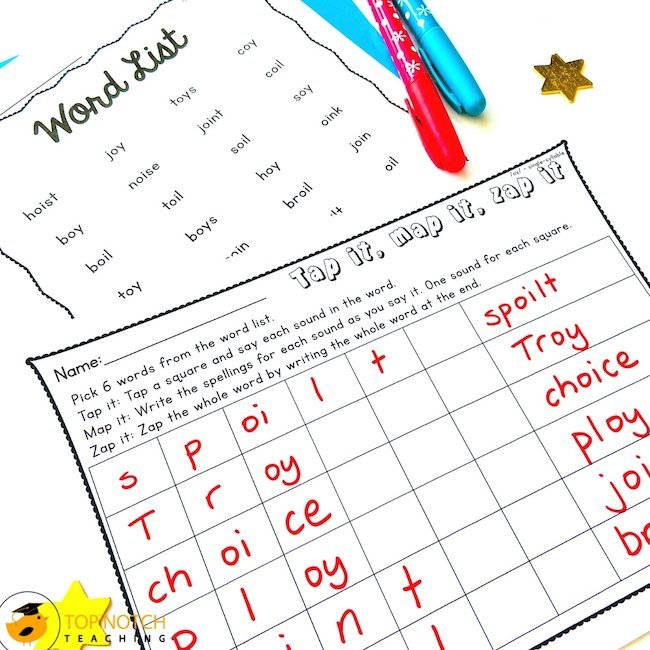 The Spelling Game Challenge gives you five more spelling games that can help students develop the skill of phoneme segmentation. Take for example, Roll and Write. Each pair of students has a Roll and Write card with six columns of words. Students take turns rolling a die and writing one of the words in the column that matches the number they roll. The first student to get one word in each column wins. Students can use this game to practice segmentation by reading the word, saying each sound, then saying each sound again as they write the letters that match each sound. Students can follow up by blending the sounds together to repeat the whole word. 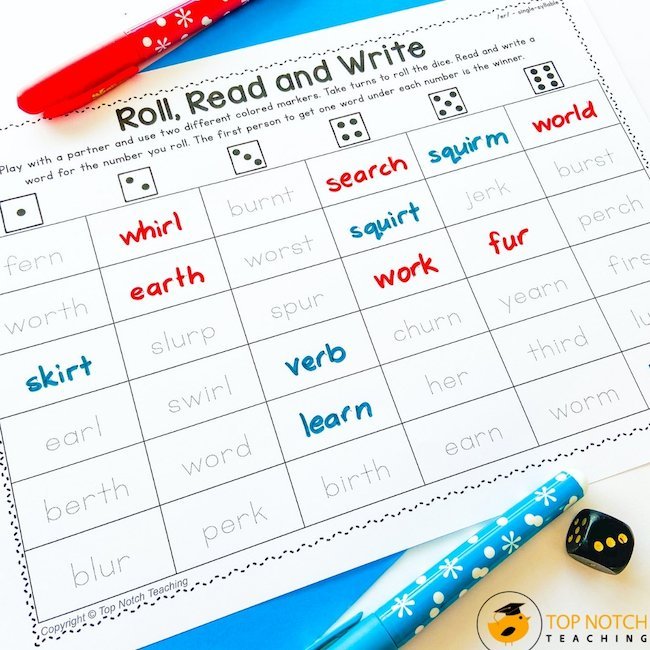 You can get all five games, ready to print and play, in the Spelling Game Challenge: 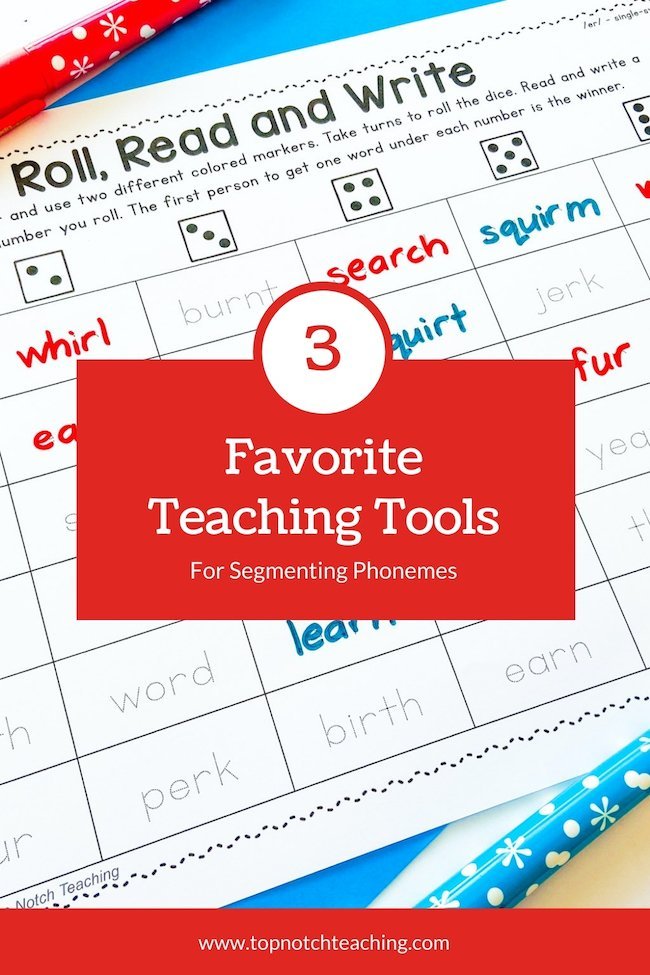 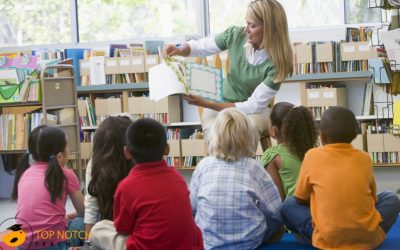 Literacy Instruction — 3 Ways To Get Focused For The Whole Year

Planning for a year of literacy instruction with tips on how to simplify the setting up of literacy lesson plans, and keeping engagement high.

END_OF_DOCUMENT_TOKEN_TO_BE_REPLACED 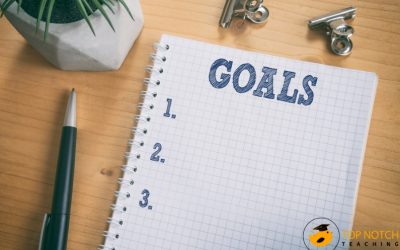 What are your teacher goals for the new year? What steps are you taking to make them a reality? Here are some ideas to make your goals a reality.